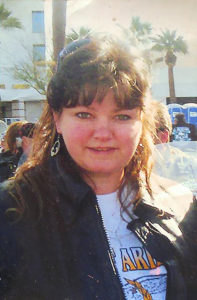 Saturday, Dec 10, 2016 the High Country Chapter of A.B.A.T.E. of Arizona held their 14th Annual Barbie Hensler Memorial toy Run to collect toys and clothing for local families in need this Christmas. The run, started 14 years ago by Payson resident and A.B.A.T.E member Barbie Henlser, was named in her honor shortly after her unexpected death on Dec 6, 2010.

Barbie would have been proud of the turn-out this year at the BuffaloÂ Bar & Grill in Payson which collected hundredsÂ of toysÂ which will be distributed by The Women of the Moose at Moose Lodge # 852 in Star Valley. The families benefiting are located from Tonto Basin to Strawberry, and everywhere in between. In addition, to facilitate any special needs and to make sure each family has a Christmas dinner to go with the toys, the High Country Chapter also raised $2,200.00 which the Moose Lodge will use exclusively for those needy families.

“CC” Ransom of Strawberry was the chapter’s Event Coordinator and has been working since October “to make sure every child in need gets at least one toy this Christmas”. She was not alone, however as numerous volunteers,Â including the Rim Country District of the Modified Motorcycle Association of Arizona and a wide collection of Rim Country and Tonto Basin volunteers, many who do not ride, all joined together with the A.B.A.T.E. bikers to make this a magical Christmas for as many as possible.

Toy collection boxes were made available at many area businesses including HB’s Place and Sidewinders Tavern & Grill in Pine;Â The Spur Bar in Star Valley, El Rancho and the Buffalo Bar & Grill in Payson, Jake’s Corner, and Punkin Center Bar and the Butcher Hook complex in Tonto Basin.

he main event was hostedÂ by the Buffalo Bar & Grill in Payson and featured music by Plum Krazy, Â Raffle and door prizes were given away, a silent auction was held, and a 50/50 drawing yielded over $100 to the winner, who then donated the whole wad to the kids (Thanks Bobbie!). The Buffalo Bar supplied the band and plenty of great eats and “holiday cheer”.

In total, there were probably 50 or 60Â volunteers that participated at some level in making this event a success. Not to mention the numerous silent auction and raffle items donated to help with the fundraising.Â “Honestly, there are far too many people to thank. It is so wonderful to live in an area where everyone is willing to dig deep to help their neighbor” said Ms. Ransom.

Special thanks goes to The Women of the Moose who will sort, wrap, check their lists at least twice, and ensure thatÂ 100% of the proceeds go to the children and families that really need it the most.

â€œCCâ€ would also like to thank the following individuals and organizations that made this event possible.

Thank you all so much Have a Very Merry Christmas and a safe, prosperous and joyous New Year.

Photos can be found here.